Education as we’ve always known it goes like this:

Teachers decide exactly what students will learn, how they will learn it, and how they will prove that they know it. Based on my observations and experience, the traditional approach doesn’t work so well.

The way we traditionally deliver education is frustrating to students.
The inevitable consequence is that teachers will also be frustrated.

“The first step towards getting somewhere is to decide that you are not going to stay where you are.”
[Chauncey Depew]

Everyone wins! Everyone’s life improves tremendously!
...Even so there is a question that inevitably must be answered:
Why drastically change the basic approach to teaching?

If you never climb a hill, you will never know it is different from a plain.

Consider the following to help you answer this question for yourself......

PETER'S LAWS
• When in doubt: THINK!

1. Traditional classes typically teach to the large middle, leaving some students behind and high achievers either frustrated or bored. Most students will learn, but not all. Once the majority have it, the class moves on. Students left behind won’t have the prior knowledge that is so important to acquire new understandings. Students outside the middle become disengaged and perform below their potential.

Insanity: doing the same thing over and over again and expecting different results.
[Albert Einstein]

5. There are more interactions with individual kids at the personal and academic level.

6. Mastery class students significantly outperform those from traditional classes when tested for retention and understanding, with an increasingly greater gap after a course is ended.

7. Differentiated Mastery learning complements standards-based learning as it holds students to a performance standard instead of simply exposing them to required content.

8. Students feel respected in the classroom, which leads to higher motivation, a better work ethic, and greater appreciation for the material they are learning. The emphasis is on student understanding, not teacher control.

Just 'cause you're following a well-marked trail don't mean that whoever made it knew where they were goin'.

In a nutshell....
Differentiated Mastery students are required to show mastery of a concept before they are allowed to move on to the next concept.

Students are given opportunities to learn through a variety of instructional strategies that emphasize Choice and then assessed. If they do not achieve the teacher-determined mastery level, they select additional instruction resources and are then reassessed.

The pace of Differentiated Mastery learning in the classroom can be determined by the teacher, the student, or a blend of both. The model is flexible to adapt to any grade or subject. 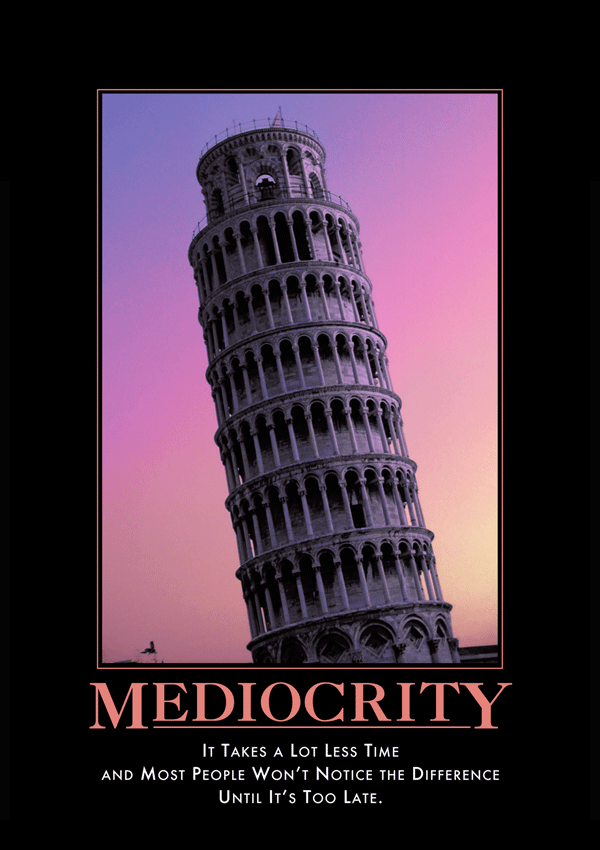